CSG Actuarial has compiled information from the NAIC and other sources and is reporting that earned premiums in the Medicare Supplement market in 2016 totaled $29.0 billion, a 6.6% increase over 2015.

A few other notes of interest:

The top 12 carriers in terms of 2016 Medicare Supplement premiums were: 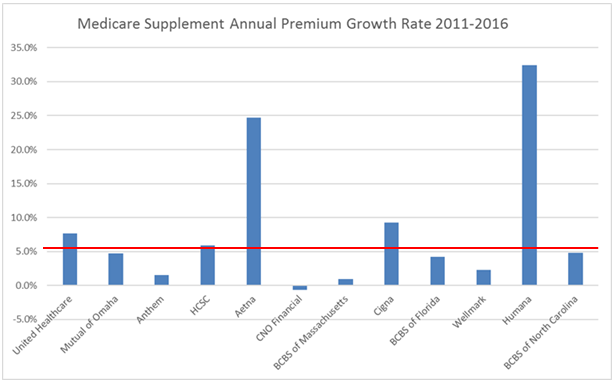